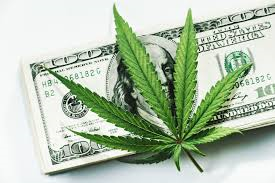 I should start with a caveat – I’m not a lawyer and I wouldn’t dream of claiming to be able to give legal advice. But I do spend quite a lot of time delving through financial legislation and regulation.

I had an interesting conversation with a TCB client last week. On the same day that the morning news bulletin covered Deputy Tadier’s intention to put forward a proposal to allow medical professionals to prescribe cannabis products, a beneficiary of one of the structures administered by the TCB had expressed an interest in the structure investing in a marijuana producer in the US. The producer holds all the appropriate licences in its state (where the production of marijuana is legal), is listed on a recognised stock exchange and is forecasting some very impressive profit levels.

Ethics aside, on the face of it, this was an intriguing proposal but the TCB had a whole host of questions, so I fired up the Jersey Legal Information Board website. The Proceeds of Crime (Jersey) Law 1999 follows the same definition of “drug trafficking” as the Misuse of Drugs (Jersey) Law 1978, being:

carrying out, or being concerned in, any of the following activities, whether in Jersey or elsewhere –

The keys here, of course, are the phrases “whether in Jersey or elsewhere” and “manufacturing or supplying a scheduled substance where [it] would be such an offence if it took place in Jersey”. So, because marijuana production/supply/manufacture is illegal in Jersey, having an interest in a marijuana producer anywhere in the world is criminal conduct.

The interest and any resulting income would, seemingly, constitute criminal property under Article 29 of the Proceeds of Crime Law which explains that property is criminal property if it constitutes the proceeds of criminal conduct or represents such proceeds, whether in whole or in part and whether directly or indirectly; and the alleged offender knows or suspects this. It does not matter who carried out the criminal conduct, when it occurred or who benefitted.

Article 30 of the Proceeds of Crime Law then sets out the offences of dealing with criminal property, specifying that a person who acquires it; uses it; or has possession or control of it, is guilty of an offence. Again, it is not relevant who benefits. Article 30(3) clarifies that a person who enters into or becomes concerned in an arrangement; and knows or suspects that the arrangement facilitates, by any means, the acquisition, use, possession or control of criminal property by or on behalf of another person, is guilty of an offence.

So, it seems to me that if the investment in a marijuana producer were settled into a trust, the trustee would have control of criminal property and would be concerned in an arrangement knowing that the arrangement facilitates the acquisition, possession and control of criminal property on behalf of another person. The trustee would, therefore, be guilty of an offence.

Article 31 of the Proceeds of Crime Law then goes into the concealment of criminal property. I have no idea whether a TCB structure could be considered to be concealing, disguising, converting or transferring criminal property, especially as this would include concealing or disguising the property’s nature, source, location, disposition, movement or ownership; or whether the Jersey trustee could be said to be importing or exporting the proceeds of drug trafficking – perhaps this something which has been dealt with under established case law. But I do know that I wouldn’t want to be a trustee grappling with such issues without the support of some robust legal advice.

And any offence under Articles 30 and 31 of the Proceeds of Crime Law meets the definition of money laundering under that Law.

Then, of course, under Article 34D of the Money Laundering Order, a suspicious activity report must be made when there is knowledge, suspicion or reasonable grounds for suspecting that any property constitutes or represents proceeds of criminal conduct. So the trustee could find themselves liaising with the Joint Financial Crime Unit on quite a regular basis and having to seek the Unit’s assistance with the necessary consents, if these were forth coming at all, which could be questionable.

Finally, all of this falls within the context of current uncertainties over, firstly, the future of drug legalization in the US due to the Trump administration giving mixed messages on the subject and, secondly, whether Deputy Tadier’s proposal will be passed and Jersey will legalise the use of cannabis products in a few more circumstances. It will be interesting to watch how the position develops over time and I see from today’s news that recreational cannabis will be legal in Canada from the 17th. It is yet another demonstration of the need for finance professionals to remain vigilant and consider possible investments from all angles, and that’s even without starting on the debate over the ethics of the legalization of drugs.

I had originally thought this was going to be quite a short note but there’s more to be said than I expected. I suppose my overall message to anyone considering investing, or facilitating an investment, in the emerging medical marijuana industry is to seek legal advice. It’s possible that a clever lawyer could find a way through the legal provisions to help you avoid committing any criminal offences but, under the current regime, any form of investment in the industry might be more risk and hassle than it’s worth. That was certainly the view of my client.

Nicola founded Cyan in 2014, having worked at the Jersey Financial Services Commission for almost ten years in both Supervision and the Enforcement Division.