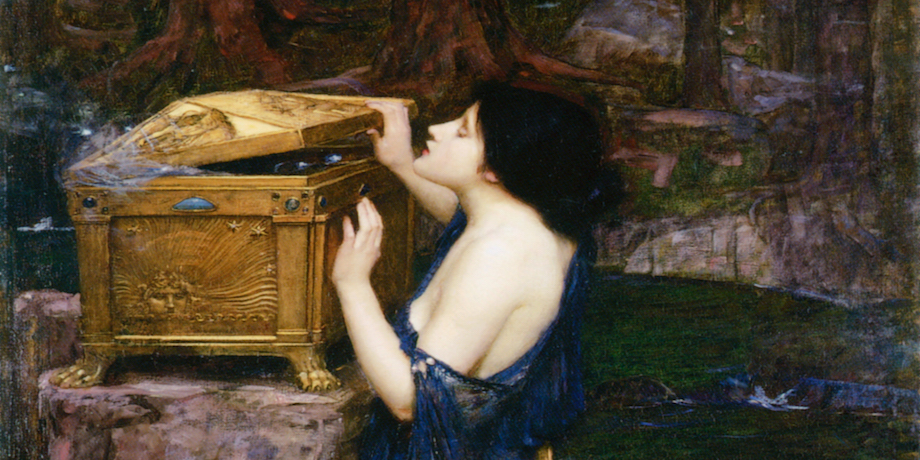 The surfacing of multiple issues in the various Pandora Papers investigations, combined with the JFSC’s recent publication of feedback from their examinations into compliance with enhanced and simplified due diligence provisions, along with relevant exemptions,  prompted me to think there might be merit in revisiting the subject of foreign politically exposed persons (“PEPs”).

Consistent with a risk-based approach, PEPs warrant careful attention because of the additional risks to which they may expose financial service providers by virtue both of the potential for handling the proceeds of bribery and corruption and the reputational risks that may attach to a particular PEP and / or the regime that they represent.

In Jersey, Article 15A of the Money Laundering (Jersey) Order 2008 directly addresses PEPs – categorised between Domestic (Jersey) PEPs, Foreign PEPs and Prominent Persons. For the purposes of this note, I’m going to focus on Foreign PEPs although, of course, we should never complacently assume that Prominent Persons or Domestic PEPs present no risk of bribery and corruption or no risk to reputation. However, the Money Laundering Order does single out Foreign PEPs as presenting a higher level of risk in their own right.

I’d suggest there are a number of elements to consider when assessing the risks presented by a Foreign PEP.

Firstly, it is obviously essential to understand the nature of the PEP’s role by virtue of the public office or position of public trust held by the PEP or their family member or close associate. It’s important to be aware of differences between PEP roles which might, due to their titles, appear at first blush to be similar. For example,

This comparison demonstrates that, even within a fairly familiar jurisdiction like the UK and neighbouring cities, there may be material differences between two apparently similar PEP positions in terms of decision-making powers and control over city budgets and cash flows.

Similarly, it’s important to be aware that the same title can be used for entirely different roles in different jurisdictions. For example:

Of course, you also have to be aware that some jurisdictions have local, regional, state and federal governments which will have significantly different budgets and levels of authority and powers.

So it is essential to understand what the Foreign PEP’s role actually means in the relevant jurisdiction and the powers and potential opportunities for corruption or illicit activity that may attach to their role.

From a money laundering perspective, when trying to form an  understanding of the risks presented by a Foreign PEP it can be useful to find out how much they are paid for their role, the size of the budget which they control and the powers that they have to influence decisions, whether in respect of: laws; regulations; government services, procurement and infrastructure; transit corridors (commercial and human); customs and immigration controls and decisions; or any other matter that offers opportunities for personal or commercial advantage.

When considering the risk of corrupt funds flowing into the financial services sector, it is reasonable to think that an individual controlling a budget of hundreds of millions of dollars presents a higher risk of bribery and corruption than an individual who controls a budget of less than one million dollars. However, depending upon the facts and circumstances, the source of wealth and source of funds for either PEP in this scenario requires appropriate consideration – for example, whilst the former PEP may appear to enjoy greater opportunities for corruption on a large scale, they may in fact present lower risks by virtue of the nature of the financial services that they access (e.g. a modest balance on a deposit account that holds funds from verified and legitimate sources); by contrast, the latter PEP may appear to present lower risks, but – inconsistent with their known source of wealth – present greater risks by virtue of being a significant investor in a fund.

The Foreign PEP’s area of responsibility will also be relevant as some industries have historically been more prone to bribery and corruption; industries such as:

As a result, senior figures who lead or work in relevant government departments such as Defence, Health and Energy may present a higher level of risk, as they may well be more exposed to the potential for bribery and corruption (for example where they have the authority to award contracts or licences), although all senior government figures will likely present some risk.

The jurisdiction(s) in which the Foreign PEP holds office and is resident (and if those jurisdictions are different, that will prompt further questions) are also important for assessing geographic-specific money laundering, corruption and terrorist financing risks. Clearly some jurisdictions pose a high level of risk due to factors such as weaknesses in legal and enforcement frameworks, oversight requirements and public transparency. Appendix D2 to the JFSC’s AML/CFT Handbook provides a useful starting point in assessing a jurisdiction’s potential vulnerabilities – whilst all of the columns are relevant, depending upon the PEP’s role, particular attention might be paid to the columns addressing Transparency International’s ratings under their “Corruption Perceptions Index” and “Bribe Payers Index” and the World Bank’s assessment in respect of the “Worldwide Governance Indicators Project”.

Next, it is essential to consider the role of the Foreign PEP with reference to the client and to understand the answers to questions including:

Clearly, if the Foreign PEP is contributing funds/assets, retains some decision-making powers and is looking for the return of funds/assets in due course, these all increase the risks presented.

Finally, as with all prospective and current customers, you must undertake appropriate risk-based screening of the Foreign PEP at the outset and on an ongoing basis. It may well be that you identified that the individual is a Foreign PEP through the use of screening but the screening will also go some way towards identifying any adverse media or other open source information on the PEP. You should review each line of the screening results carefully, documenting your rationale for disregarding any results and giving careful consideration to genuine matches and the escalation of risk that these matches may indicate. As part of the enhanced due diligence measures in respect of PEPs, we would also suggest conducting thorough internet string searches, not only in respect of the PEP but also in respect of associated parties and the government, department and function for which the PEP has responsibility.

Depending upon the risk, there may well also be merit in also obtaining a specialised due diligence / intelligence report on the individual. The quality and cost of these reports can vary, depending upon the depth of the local “on the ground” intelligence that is included. As a first step, using a supplementary screening application, such as Accuity’s online compliance tool, can provide additional, local intelligence to supplement the principal screening tool ordinarily used by the business.

At this stage, you should have a reasonable understanding of the risks presented by the Foreign PEP and should be able to determine what information and/or documentation is needed to address and mitigate those risks. It is essential that the assessment of the risks in respect of the PEP relationship is documented; and measures to mitigate the risks are both tailored to the risks and are clearly evidenced and documented.

The Money Laundering (Jersey) Order 2008 stipulates only the following enhanced due diligence (EDD) in respect of Foreign PEPs:

Remember as well that a Foreign PEP will be a non-Jersey resident and so, under Article 15(1)a of the Money Laundering Order, other EDD is required. The Handbook guidance suggests that relevant EDD may include:

Any other high risk factors listed under Article 15 of the Money Laundering Order should also be addressed, along with any other identified risks not addressed by the above measures. Good practice is to document how each identified risk has been addressed and this documentation will form a useful record in the event of any future challenge or review.

In conclusion, there is no doubt that it is increasingly risky to provide financial services to Foreign PEPs. However, a few steps can help to mitigate the risk:

It is, of course, not possible to entirely remove the potential risks of handling the proceeds of bribery and corruption, nor the possible reputational risk from the opening of another Pandora’s box in the future, but the steps outlined in this note will hopefully help you to understand the risks that any Foreign PEPs present to your business and to take suitable mitigating measures.

If you have any queries on Foreign PEPs or would like to discuss the appropriate steps to take to ensure compliance in this area, please do get in touch.